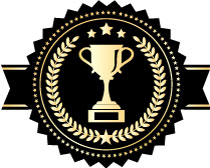 This annual award is given to an individual who has made an exceptional research contribution to the field of sexual health and problematic sexual behavior. The first award was given in 2004 posthumously to Dr. Alvin (Al) Cooper. Previous Award Winners: Dr. Alvin (Al) Cooper – 2004* Michael Reece – 2005* Jennifer Schneider – 2007* David Delmonico – 2009* Rory Reid – 2012* Paula Banca-2016* Marc Potenza-2017*