Girls can have PSB's too! 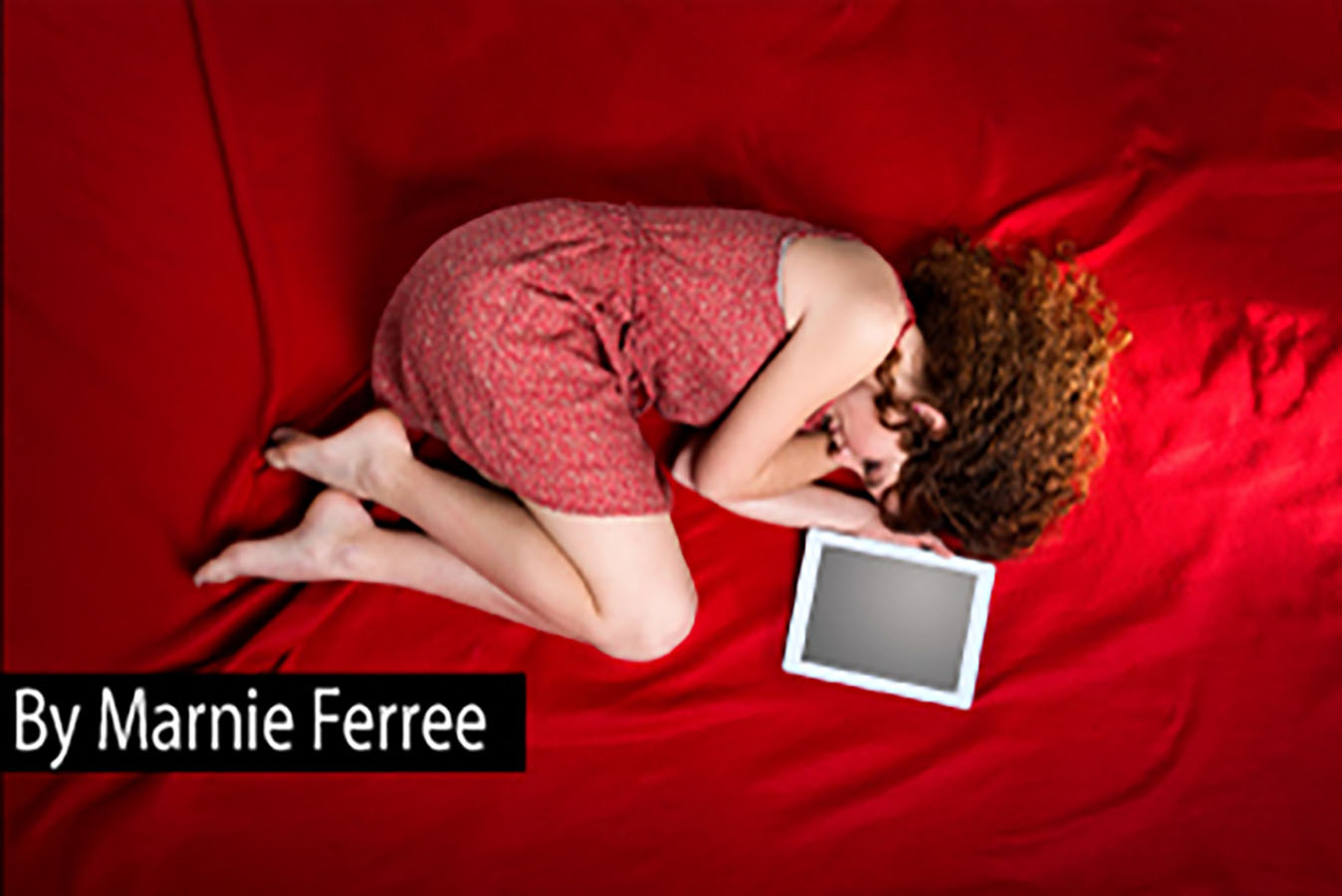 The client is a 15-year-old girl referred by her guidance counselor. “Amber” has been disciplined by her high school for sending naked selfies to her boyfriend, which came to the attention of a teacher as the sexts were liberally shared around the sprawling suburban campus. Her horrified parents initially labeled the behavior a momentary judgment lapse fueled by “bad influences,” until a search of her phone revealed a couple of well-hidden hook-up aps. Her laptop browser history added to their concern.

The parents are college educated professionals, who responded to their daughter’s difficulty by grounding her for two weeks and taking away her phone and tablet indefinitely. They banned her boyfriend from the house and insisted she talk with her female church youth leader. Mom and dad were relieved when they got through the two-week home arrest with Amber “just being angry at first, then sullen and often disrespectful, but it could have been a lot worse.” They added, “We were sure she’d learned her lesson and everything would be fine. We just wanted to put this whole sorry mess behind us.” 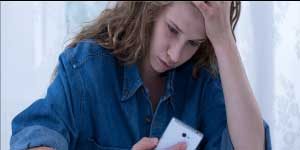 And it seemingly was, until a few weeks later when they discovered Amber had gotten another phone and was exchanging explicit texts with a guy who claimed to share her interest in soccer and just wanted to get to know her better. The parents asked their pediatrician what they should do, and he said he had no idea other than finding a therapist. The school social worker also was unable to provide an appropriate referral, but she was aware of a local program for adult males who used pornography compulsively, and she gave the parents our number

“Please help us!”the mom wailed. “Our beautiful, talented daughter has gone off the deep end. We taught her better than this, but she won’t listen when we tell her how terrible she is. We need to send her to your facility and have you straighten her out. We’re so embarrassed and want this fixed before it further damages our family reputation.”

Yes, indeed. “Straightening out” is exactly what needs to be done with teen females struggling with problematic sexual behavior, right? And labeling an acting teen as “terrible” is sure to motivate her positively. Not.

The reality is that untold numbers of teens, both males and females, are engaged in potentially problematic sexual behavior. According to Statistics Brain (https://www.statisticbrain.com/sexting-statistics/), the numbers are staggering. In an online survey with 1280 respondents ages 13-19:

Perhaps it’s reassuring that 71% of teen girls and 67% of teen boys say they’ve sent or posted sexually suggestive content to a boyfriend or girlfriend. Less comforting, 21% of teen girls and 39% of boys say they’ve shared such content with someone they wanted to date or hook up with. Most frightening, 15% of teens in this age group (not broken down by gender) report they’ve sent nude or semi-nude pictures to someone they only met online- in other words, to a stranger.

Our sexually-saturated culture has far outrun most families’ - and counselors’ - ability to protect or even adequately inform and guide their children. The information presented by Dr. Gail Dines and Culture Reframed provides overwhelming evidence that pornography, not parents, are providing sex education for today’s kids. (https://parents.culturereframed.org/).

The culture is swamped with gender and sexual messages, images and values - most of them unrealistic and unhealthy.“Pornland,” as Dr. Dines calls it, increases early sexual awakening before the child is developmentally able to process what’s happening. It further encourages objectification of self and others, often in a violent form.

Recent research shows that early exposure to pornography is more predictive of later problematic sexual behavior than overt sexual abuse. If that finding proves true over time, the impact will only mushroom exponentially. Sadly, the pornified culture is unlikely to reverse itself any time soon, if ever. 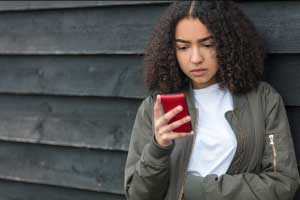 Typically, teens won’t recognize their sexual behavior is a problem. They think they’re engaging with their friends and romantic partners like “everyone else.” Unfortunately, they may be right, since sexting and promiscuity are more the norm than the exception, including for teens raised in “good” homes

Teens usually don’t have the maturity to realize the impact of their sexual and relational behavior, which might affect the rest of their lives. Problematic sexual behavior can interfere with education, health, self-esteem, and social and spiritual development. It can also be extremely dangerous when girls (and sometimes guys) put themselves in risky situations.

Attachment theory illuminates the importance of healthy bonding between parents and children, yet more and more, today’s teens seem adrift in a technology wasteland. Many parents are similarly engulfed in their devices or work, or are themselves struggling sexually or relationally. Most parents label the acting out teen as the problem, and they miss the attachment wounds that may be driving his or her search for connection, however exploitive or fleeting. As Amber’s mom expressed it, parents want the teen “fixed,” and they may be unwilling to be involved in that solution beyond carting the teen in for therapy.

The field of treating problematic sexual behavior has evolved positively to include effective models for helping partners as well as addicts. Resources for teens, though, are woefully lacking. As far as I’m aware, only two in-patient treatment programs that accept adolescent males are equipped with clinicians who have specific certification or training for treating problematic sexual behavior. None of the programs I’ve found for adolescent girls have a specialized PSB program with therapists who are specifically trained in the field. A few outpatient support or therapy groups exist for teen males with PSB, but a group for teen females is rare. The need is huge for clinically informed, excellent resources, especially ones based on attachment theory and a family systems perspective.

Real change for a hurting teen happens within a systems framework, which means the whole family engages in the healing process. Parents need and deserve personal help to address their own emotional struggles and learn how to help their teen through altering their parental attitudes and behaviors. It’s vital that the whole family be involved in a coordinated process of understanding, growth, and change. The therapeutic environment should be non-judgmental, non-adversarial, and engaging for all involved.

Today, adolescents are probably the largest under-served population of those struggling with problematic sexual behavior. If you’re like me, the prospect of treating a teen is a bit terrifying. Yet we need more specialists in this area who can offer prevention and intervention, so that teens are spared some of the pain experienced by addicts and partners in adulthood.

Marnie C. Ferree, M.A., is a licensed marriage and family therapist in Nashville, Tennessee, where she directs Bethesda Workshops, which provides Christian-based treatment for sexual addiction in an intensive setting. The workshop she established for female sex addicts in 1997 was the first of its kind in the country. Her book, No Stones: Women Redeemed from Sexual Addiction, is one of the earliest books to address sexual addiction in women. She is also the volume editor and a contributing writer for Making Advances – A Comprehensive Guide to Treating Female Sex and Love Addicts.

Bethesda Workshops has launched a new Healing for Teens & Their Parents Workshop, which offers gender-specific clinical intensive workshops (four-days) for adolescent females and males. The first workshop, June 13-16, 2018 is for teen females. Later dates, August 8-11 and September 26-29, will provide services for teen males. Parents accompany their teen and are required to attend the workshop. Visit http://www.bethesdaworkshops.org/workshops/healing-for-teen-females-and-parents/for complete information or call Bethesda Workshops at 615-467-5610. 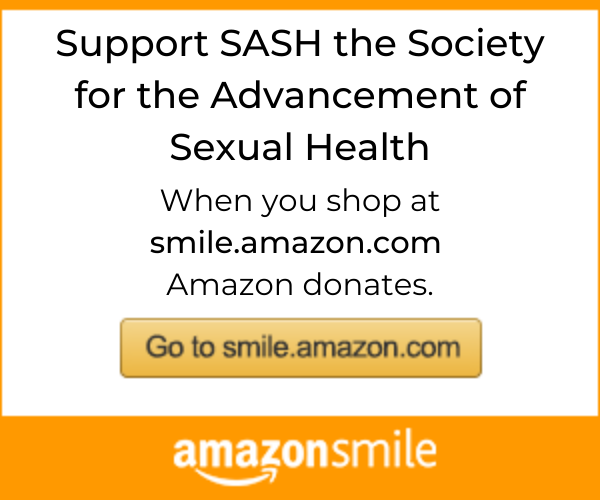